Official websites use .gov
A .gov website belongs to an official government organization in the United States.

From imagination to reality 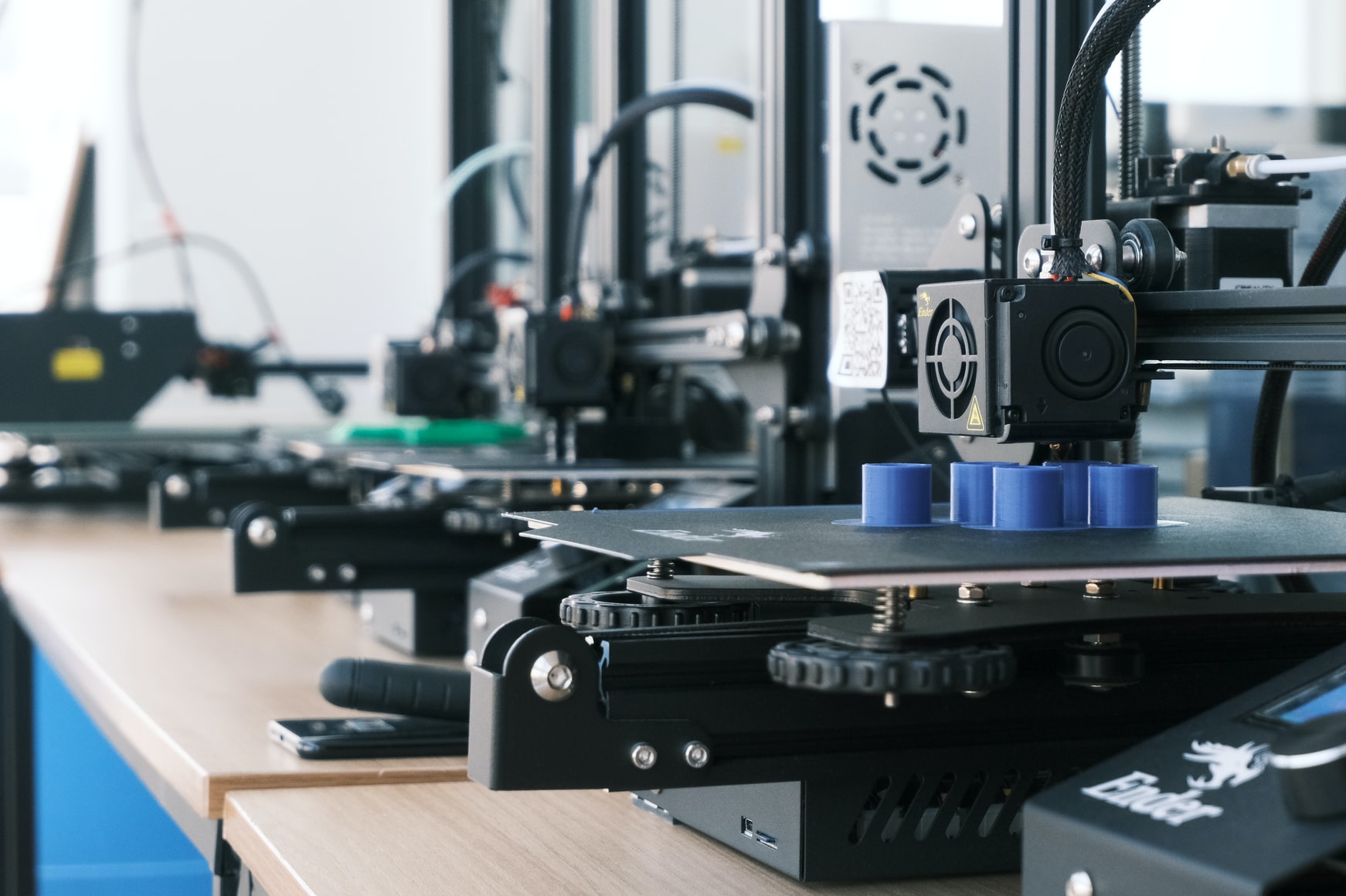 There are plenty of companies already adopting additive manufacturing (3D Printing) in their production processes with a wide range of use cases.

Here we’ve pulled together a snapshot of information gathered from various public and federal websites to help provide a glimpse of what’s out there now and what may be next.

We are in no way endorsing or recommending any particular technique, company or approach to your specific 3D Printing needs. Our intent is to provide some centralized resources of current and readily-available relevant information to the steadily-growing ecosystem.

The aerospace industry relies on many small parts to withstand extreme temperatures and chemicals while remaining as light as possible. If certain small parts fail they can result in catastrophic whole system failures on aircraft carrying people, cargo, and other items 35k feet in the sky. 3D printing for inspection tooling is also being used to reduce costs for low-volume or very old legacy airplane parts. We also wouldn’t have to solely rely on ‘Airplane graveyards’ for the most rare aging pieces from mostly whole planes stored at these massive installations.

“From professors printing parts for educational tools to convey the lesson plan to PhD students utilizing the printers for research, 3D printers serve a variety of purposes in colleges. Colleges like Purdue University in Indiana have taken a great interest in teaching its students about emerging additive manufacturing materials and technology.”

People have been predicting that 3D printing will revolutionize health care for over a decade. Others have dismissed it as a fad. Because of the time and difficulty involved, the technology was initially seen as a way to help physicians plan for rare surgeries. Mayo Clinic, one of the early adopters of 3D printing in hospitals, first used it to plan the separation of conjoined twins in 2006.

But as 3D modeling and printing have become easier, hospitals increasingly see it as a tool for any tricky operation, such as surgery on the heart, a complex organ that moves constantly. Outside of surgical planning, physicians and stakeholders are using the technology to create custom surgical tools, prosthetics and stents, and even printing bio-matter like living tissue, bone, blood vessels, and, organs, among other applicatio

“From jigs and fixtures all the way to end-of-arm tooling, 3D printers are completely turning the decades-old manufacturing industry on its head. Companies are able to create custom, low-volume tooling and fixtures at a fraction of the traditional price, giving designers and engineers more time to spend on revenue-generating parts. Small manufacturers get the same advantages with a 3D printer as giant, global manufacturers, to improve and expedite processing while mitigating downtime. Companies are also able to have more creative freedom while saving on labor costs and time. Metal fabrication company Lean Machine, for instance, has approached 3D printing with a design for additive manufacturing (DFAM) approach, saving them upwards of $4000 per tool.”

“Instead of paying large amounts of money for a non-customized design, 3D printers allow robotics companies to design and fabricate light, complex parts such as end-of-arm tooling at a fraction of the cost. Haddington Dynamics, for example, is utilizing its four printers to create 3D printed robot arms for NASA and GoogleX for 58% less than traditional manufacturing.”

GSA’s Public Building Service (PBS) maintains over 370 million square feet of workspace, including over 500 historic properties. The scale of this portfolio allows for opportunities to leverage 3D printing technologies to meet PBS needs.

A Category 1 hurricane ravages coastal cities to include Washington D.C. and New York City. In the storm’s wake, several historic federal buildings were impacted by water damage as high winds and localized flooding forced water into facilities. The decorative molding predates readily available patterns from this era and requires skilled craftsmen and considerable time for replication and restoration - resulting in costly repairs. 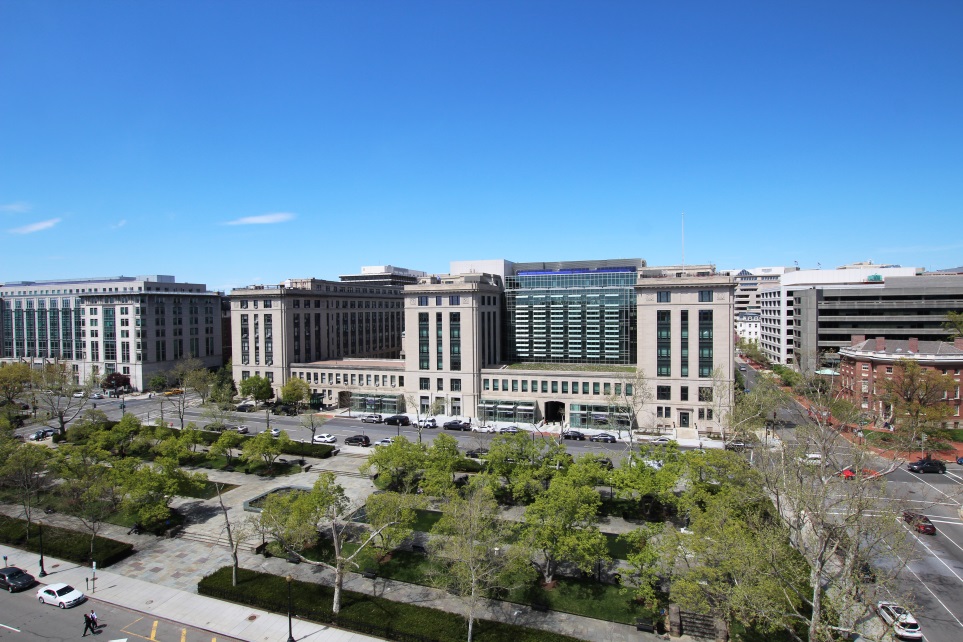 Since 2003, GSA has been incorporating 2D/3D/4D and BIM modeling to greatly enhance their ability to design, construct, and maintain their vast portfolio. Computer modeling became a cost effective means of enabling coordination, simulation, and optimization of the design process. GSA became less dependent on the use of physical models.

While computer modeling capabilities have matured in the past two decades, stakeholders must still view these models on a 2D screen. This limitation is believed to limit an individual’s ability to reconcile spatial anomalies and create a perception of scale that may not be accurate. Physical modeling is a challenge when a team needs a proposed changes to a design to be rapidly modeled for stakeholder review and concurrence. How does GSA use physical modeling to augment computer modeling without driving up cost and delaying delivery schedule? 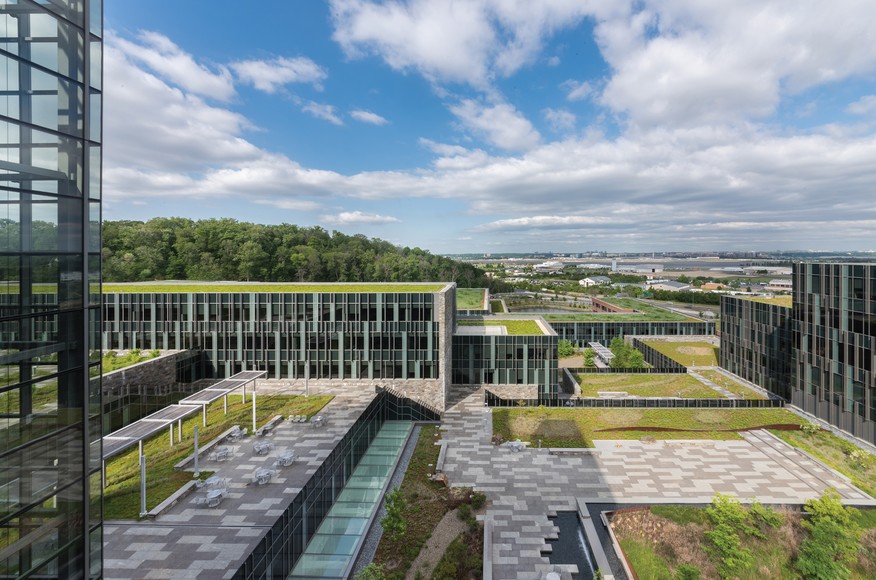 3D printing is well suited to augment computer modeling. As a complement to 2D/3D computer models, physical models aid customers in assessing the size, shape, location, and texture of objects and space. The low cost, rapid production, and relatively low level-of-effort to incorporate iterative changes means that design teams can make changes, submit for customer review, and move the project forward all in the same day.

It is the policy of my Administration to lead the Nation’s effort to combat the climate crisis by example—specifically, by aligning the management of Federal procurement and real property, public lands and waters, and financial programs to support robust climate action.

Despite the peril that is already evident, there is promise in the solutions—opportunities to create well-paying union jobs to build a modern and sustainable infrastructure, deliver an equitable, clean energy future, and put the United States on a path to achieve net-zero emissions, economy-wide, by no later than 2050."

Select 3D printing applications may allow GSA to leverage a more sustainable supply chain. This is accomplished by shifting the point of manufacturing from a geographically distant location to the point of use. Localized, e.g. National Capital Region, production of 3D-printed items would alleviate the carbon footprint typically associated with packaging and transportation of goods.

The increased availability of filament recycling devices, capable of reusing excess materials from failed or iterative designs, supports reduction of waste and minimizes production costs while not compromising a team’s ability to rapidly prototype.

Turning waste materials from landfills into filament presents a huge environmental positive for all involved. 3D printing reduces waste through targeted production and uses less energy than conventional manufacturing techniques, but the environmental benefits of the technology can be cancelled out by the demand created for virgin plastic filament.

“Recycling is a cheap and fast way to reduce greenhouse gas emissions, costing 30% less to reduce a ton of CO2 emissions than doing so through energy efficiency, and 90% less than using wind power. Ethical Filament provides a strong demand for recycled plastic and other forms of reusable materials.

Ethical Filament, with the help of volunteers, waste pickers, entrepreneurs, and industry specialists, is using the resources often tossed into the trash to create 3D printing filament. As other groups bring 3D printing technology into countries with lower rates of industrialization, there are three issues that Ethical Foundation is choosing to assist with.

First, the vast amount of waste in the world. Second, the low pay rates of waste pickers which can be as low as $2 per day which can continue a cycle of extreme poverty. And third, that these areas that do not have the same transportation and supply networks which make 3D printing filament costs go up significantly.”

tech.gsa.gov / Office of the CTO

An official website of the U.S. General Services Administration